With age comes wisdom. And sometimes, age comes with forgetfulness, a slower metabolism, achy joints, and declining health. Getting older isn’t always easy, especially when we lose the ability to do certain things we were able to do in our youth - like, remember things without post-it note reminders everywhere. But if we’re lucky enough to get older, there are things we can do to maintain our health and live a happy, long life. And maybe even not be as forgetful as our grandma was!

So what is it that causes our bodies to change as we age, anyway? As we get older, the number of working mitochondria within our cells declines. Mitochondria are tiny organelles inside all of our cells that take nutrients from the food we eat and break them down to create energy. That energy is used to power our organs and body systems. We need mitochondria to keep our bodies healthy and running properly. When mitochondria in our cells are damaged or die off, our bodies may age more rapidly and health problems can develop.

It is normal for healthy, functioning mitochondria to decline as we get older. It’s just a part of aging! But there are things you can do to keep your mitochondria healthy and functioning as they should. Thanks to a supplement called PQQ, you can boost the production of mitochondria in your body. PQQ helps the body slow down the aging process and may even extend your lifespan.

Fun Fact: when NASA’s spaceship called “Stardust” was out on a mission, PQQ was found in interstellar dust particles! It is found in nearly every living thing on Earth, according to NASA scientists.

PQQ — pyrroloquinoline quinone — is a unique antioxidant, vitamin b-like compound found in soil and plants around the world. When scientists first discovered it, they believed it was a vitamin. As they did more research on it, they realized that it isn’t a vitamin, but it is an important micronutrient that helps fuel the body and keeps it functioning properly.

This potent antioxidant is particularly important for the health of your mitochondria. This is because it encourages the production of brand new mitochondria in your body. Mitochondria are known as the “powerhouse” of the cell because they provide energy to each and every cell in our bodies. Without mitochondria, our cells — and organs — would stop functioning.

Until recently, it was believed that only exercise, restricting calories through dieting and certain medications could boost the production of mitochondria in the body. But now we know that PQQ can stimulate the creation of new mitochondria in the body. So when you take this unique antioxidant, you can picture more powerhouses being formed in your cells to support your health.

PQQ may be the “fountain of youth” you’ve been looking for to help you achieve healthy living while slowing down the aging process.

What Are The Benefits of PQQ?

PQQ is an important micronutrient that has a number of health benefits. Let’s dive in and explore some of the things this incredible supplement can do.

It wasn’t that long ago that scientists believed that damaged neurons (brain cells) couldn’t be repaired or regrown. If you had a brain injury or were experiencing cognitive decline due to age, it was believed that there was no chance of recovery or of improving your cognitive abilities. Eventually, researchers discovered Nerve Growth Factor (NGF). It’s a small protein in our bodies that protects our existing neurons and even supports the production of new ones. So in fact, sometimes our brains can heal. When taken as a dietary supplement, PQQ encourages the body to produce more nerve growth factor. This makes PQQ a promising supplement for those who have suffered a brain injury, those who want to slow down the cognitive effects of aging or those who simply want to sharpen their focus and strengthen their memory.

2. Forget Being Forgetful When You Take PQQ

Do you find yourself losing your keys more often? Do you find yourself relying on lists to remember everything you need to do? PQQ can help improve your memory! In a research study that gave 41 older adults 20mg of PQQ supplement each day for 12 weeks, it was found to be very helpful in improving memory. The results were so promising that participants showed “significant improvements” in their focus and short-term memory.

You don’t need to be an older adult to benefit from PQQ. PQQ supplements may even help students retain important information for school exams and help keep busy people organized without requiring post-it note reminders all over the house & office. In another study using animal models, the subjects that were given a PQQ supplement showed superior learning abilities and better memory function than the control group that did not get PQQ supplementations.

As we get older, our brains are more vulnerable to being damaged by free radicals that can cause damage to your cells and tissues. PQQ helps minimize the damage caused by these harmful free radicals floating in the environment around us. This is because it triggers the production of something called CREB in our bodies. CREB plays an important role in the formation of neural pathways. Though most of our neural pathways are formed by the time we are 25 years old, it is possible to create new ones in adulthood, says MIT senior lecturer Tara Swart. PQQ can help your body grow more brain cells and create the pathways to help you both learn new things and then retain what you’ve learned. This has a tremendous impact on attention span, the ability to learn, and memory.

Concerned about your heart health? PQQ can help. Research shows that it can help lower cholesterol levels, particularly low-density lipoproteins (LDL) - the type known as “bad cholesterol”. If you have high cholesterol, you have a greater risk of developing heart disease. Because this unique antioxidant suppresses LDL levels, it helps you lower your risk of getting heart disease.

If you’ve experienced a heart attack or stroke, PQQ may help with your healing. Researchers have discovered that this nootropic reduces damage done to the heart after a heart attack. In fact, researchers concluded that PQQ is “superior” to the standard medication typically given after a heart attack, because it not only helps reduce the damage that was done to your heart, but it also reduces cellular damage throughout the heart thanks to this nootropic’s ability to protect and produce mitochondria.

4. Catch Some Zzzz’s with PQQ

Are you tossing and turning each night? If you struggle to fall asleep and stay asleep, PQQ may be the answer you’ve been looking for to get a full nights’ sleep. In a study done with individuals who had experienced insomnia, PQQ supplementation helped improve their sleep. Participants were given this supplements over an 8-week period. During that time, the participants reported significant improvements to their sleep - they found the slept longer, it took less time to fall asleep, and they felt more awake in the mornings. Participants also felt less fatigued throughout the day and reported feeling happier, too.

5. Boost Your Immune System with PQQ

Chances are you’ve heard that Vitamin C is good for the immune system when you’re feeling under the weather. But before you reach for the orange juice the next time you feel a cold coming on, consider PQQ as an option to boost your immune system. Remarkably, this nootropic supplement has even more antioxidant power than Vitamin C, giving your immune system a boost when it needs it most.

Not only is PQQ helpful in boosting the immune system, research tells us that it is such an important micronutrient that without it our immune systems may become weakened. In a study using animal models, scientists observed that when the subjects didn’t have any traces of it in their body, they had a compromised immune systems.

6. Feeling an Afternoon Slump? Reach for your PQQ

You know the feeling - you’re sitting at your desk in the late afternoon and suddenly, you feel your eyes drooping and you’re struggling to focus and stay awake. Many of us experience the dreaded “afternoon slump” that often has us running to the nearest coffee shop. But before you reach for your preferred caffeinated beverage, consider PQQ to give you the energy boost you’re seeking. Since this antioxidant improves sleep quality, it stands to reason the extra rest leads to higher energy levels. Individuals who were given PQQ supplementation for 8 weeks reported feeling much more energized throughout the day.

But catching more zzzs isn’t the only reason why this nootropic may help you feel less fatigued throughout the day. Since mitochondria produce energy for cells, and this antioxidant stimulates the production of mitochondria, there is an overall increase in energy in your body when you consume this versatile micronutrient.

7. Drop Your Spare Tire with the help of PQQ

Eating a healthy diet and getting regular exercise is the best way to lose extra weight and maintain your health. But if you find yourself eating healthy and exercising and still struggling to drop those extra pounds, PQQ may help support your weight loss efforts. In a study using animal models, researchers discovered that when no PQQ is present in the body, subjects have fewer mitochondria in their cells and slower metabolisms.

Still not sold on the benefits of PQQ? Here’s a video that describes the various health benefits of taking this supplement:

How Much PQQ Do I Need for it to be Effective?

Though PQQ can be found in some plant-based foods (such as kiwi, cabbage, carrots and green tea), if you want to ensure you are getting the proper amounts for optimal health, you may want to consider taking it as a dietary supplement.

You don’t need to take a lot of it to enjoy its benefits. Most dietary supplements come in the 20-40mg range for a daily dose.

Can PQQ Be Harmful?

The use of PQQ supplementation or consuming it through food sources has proven to be safe, though the effects of taking this nootropic supplement long term are currently unknown. If you are taking this supplement it is important to follow the recommended daily dose to avoid unwanted side effects.

PQQ is an important, vitamin-like micronutrient that can be consumed by eating PQQ-rich foods or taking dietary supplements. Nearly every living thing on our planet has traces of this antioxidant in its cells - humans included! Science tells us that our bodies need it to help keep us healthy and keep our cells functioning properly. But beyond just getting trace amounts of this potent antioxidant from the foods you eat, consider taking it as a dietary supplement to enjoy the health boost it gives! The benefits of this powerful antioxidant are plentiful.

It can improve your memory and sharpen your focus and ability to learn and help you get better sleep and feel more energized throughout the day. PQQ also gives your immune system a boost and can help you fight off illnesses. It may even help you lose weight! Because taking  this supplement has no harmful effects, it seems you only stand to gain some benefits in trying this incredible supplement. Since PQQ helps the body produce healthy mitochondria, it may help keep you feeling young and healthy for years to come. 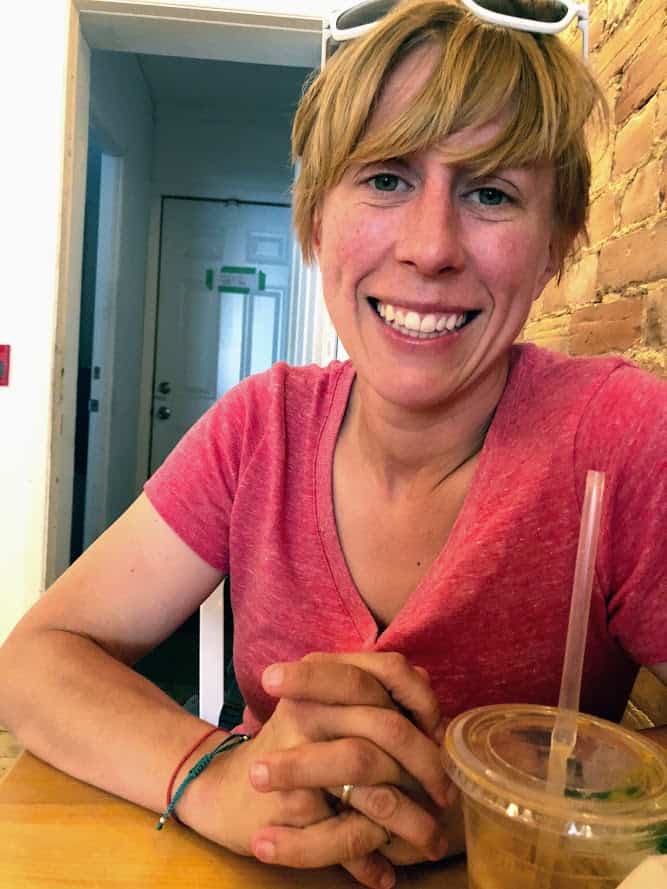 Lindsay Curtis is a freelance writer who specializes in writing about healthcare, science,
wellness, and parenting. In her spare time, Lindsay enjoys tending to her indoor plants, cycling,
and spending time with the ones she loves.