What exactly are the key factors to consider when choosing a nootropic stack? Well, we’d like to kick off this Mind Lab Pro vs Qualia Focus debate by saying that there’s nothing like a perfect brain supplement out there. We are yet to see a product that makes everyone happy – although a few have come quite close to doing that.

These are two of the most sought-after nootropic stacks on the market currently. Mind Lab Pro is designed by a company by the name Opti Nutra while Qualia Focus is from the Neurohacker Family.
The two are known for their high-quality packaging, awesome customer support and most importantly, the use of all-natural ingredients.

Another area in which these two share similarities is in pricing. None of them comes cheap and, therefore, before you spend your hard-earned money on either it makes perfect sense to read an unbiased review that helps you know which product gives the best value for money.

As its name suggests, this is a product designed to boost the “Mind.” It comes loaded with 11 cognitive function boosting ingredients.

It contains high-quality ingredients and, unlike the competition, uses copyrighted ingredient formulas. For instance, it uses Citicoline as Cognizine, L-Theanine as Suntheanine and Vitamins B6, B9, and B12 as BioGenesis.

All thanks to the high-quality nature of those ingredients, only small quantities of them are needed per serving. And as a result, you only need to take 2 capsules per serving (or per day if you may). This product is closely related to its bigger brother the Qualia Mind. However, a closer look at its ingredients reveals that it contains 24 ingredients as opposed to its brother’s 28.

Also, unlike its superior sibling, it doesn’t contain Citicoline and instead comes with Organic Coffeeberry.
One thing we like about caffeine-based nootropics is that their effects normally kick in thick and fast. In fact, within 15 minutes of taking QualiaFocus, you are bound to feel a lot more energized and focused.

But of course, caffeine is bad news for anyone looking to break free from coffee addiction. And you also need to appreciate the fact that caffeine is blamed to some of the worst energy crashes known to man.
So, to this end, we’d say that Qualia Focus provides you with a bitter-sweet combination. Bitter in the sense that it contains caffeine and sweet in the sense that its effects kick in quite fast.

And compared to your ordinary cup of coffee, Qualia is definitely better and its effects last longer. We’d attribute that to the fact that it contains 300mg of Alpha GPC – a rich source of choline known for its ability to cross the blood-brain barrier.

How the Two Are Similar

On top of that, they seem to use the shotgun spread approach to achieve cognitive enhancement. MindLabPro achieves this objective through its high-quality ingredients while QualiaFocus does the same thing through its high nutrient quantities.

Yet another similarity between these two is that they come with vegetarian-friendly capsules. We have also checked and confirmed that they are made in GMP certified facilities and taken through 3-rd party testing.

The two manufacturers also seem confident about the kind of stuff offered in these formulas. It’s no wonder Neurohacker provides a 100-day money back guarantee while Opti Nutra avails a 30-day one. If you were to look at the two bottles in which these products are supplied in, you’d probably think that these two are almost equal. But that’s not correct.

In terms of potency, Mind Lab Pro dwarfs Qualia Focus. You only need to take a closer look at it’s list of ingredients to see this.

A case in point – while Mind Lab Pro comes with L-Theanine as Suntheanine, Qualia Focus provides you with a generic form of the same ingredient. Likewise, while Qualia contains generic forms of Vitamins B6 and B12, Mind Lab packs a more lethal package trademarked as BioGenesis.

Both Citicoline and Coffee do the same job of enhancing cognition. However, the former has more benefits than the latter in the sense that it is safer to use and doesn’t get you “hooked” or addicted to its use.

So, the fact that Mind Lab contains Citicoline while Qualia Focus contains caffeine makes it quite clear why we’d recommend the former over the latter.

Bioavailability is another name given to potency. Only small portions of a highly potent supplement are needed because all the nutrients are easily absorbed into the body. Low bioavailable ingredients are difficult to absorb and, therefore, huge quantities of them go to waste.

In terms of bioavailability, MindLabPro takes the day. That said, QualiaFocus tries to make up for that by recommending a heavier dosage – and that explains why you have to take 7 pills of it.

If you are looking for a product that works fast, QualiaFocus is better compared to Mind Lab Pro. You can feel its effects within minutes of taking the pills. Plus you won’t need to worry about the caffeine crash because the product also contains Huperzine-A which is an Adaptogen and Alpha GPC which is a good source of long-term brain energy.

MindLabPro is, in our view, slower off the blocks. You need to be a bit patient with it within the first few days but once its effects kick in, you’ll no longer need to look for a better stack.

Qualia Focus is not be written off just because it is a bit expensive and contains caffeine. It is faster off the blocks than MindLabPro and doesn’t have the kind of side effects you’d expect from a plain cup of coffee.

That said, it is the Mind Lab Pro that gets our accolades. It is a compact and well-thought-out formula – plus it’s a few bucks cheaper than its arch-rival. 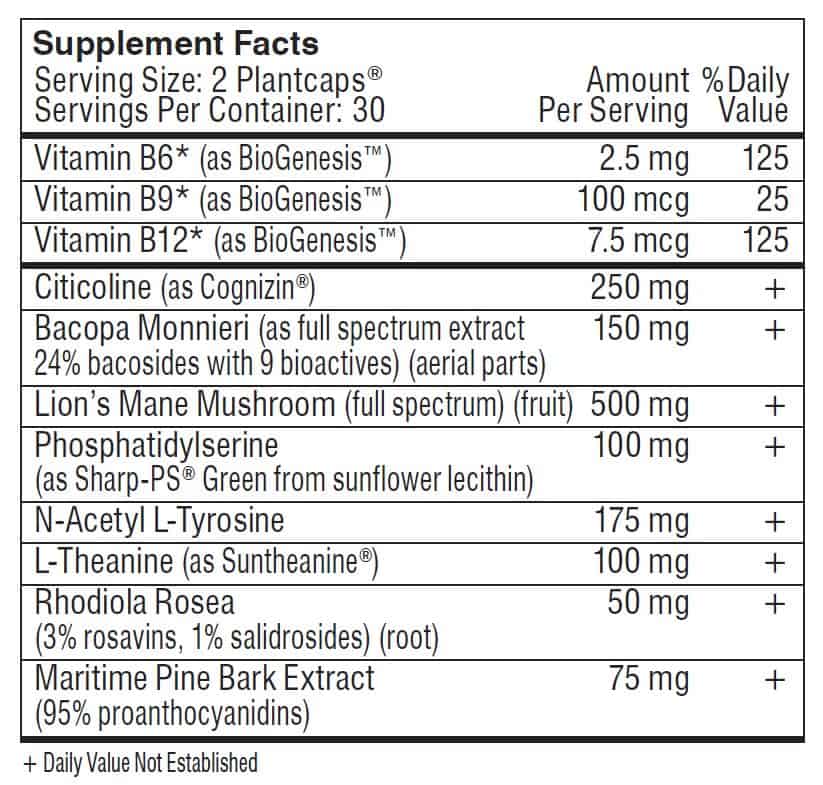 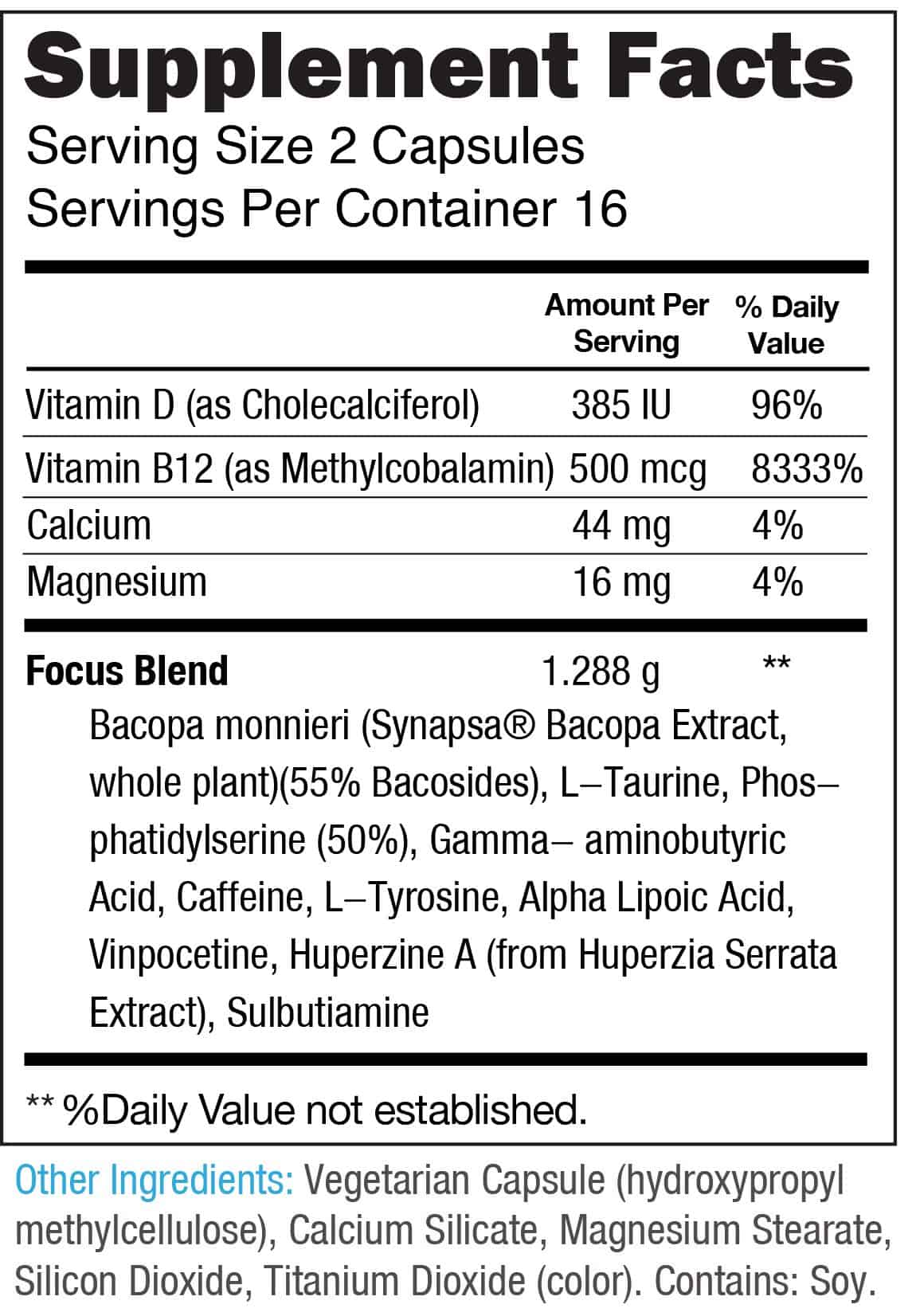